Augmented reality meets metal and glass: Poke-risks in a Poke-verse 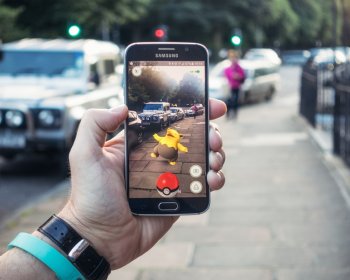 Pokemon is nothing new. Since the late 90s, gamers have captured, trained and battled with hundreds of little creatures from the comfort of their couches. Pokemon has spawned anime and manga television series, a few dozen films and a lovely low-tech card trading game that cost unknown numbers of third graders stern reprimands during silent reading time. Now, the Pokemon franchise gives us some legal issues to consider.

Earlier this summer, Pokemon Go was launched, to the delight of millions of Poke-fans worldwide. The augmented reality app, in which the previously mentioned characters lurk about in public venues just begging to be captured, has been downloaded more than the Tinder dating app. According to The Washington Post, Pokemon Go is about to catch up to Twitter, which has been around a full decade.

One creator of the new app said that one goal was to challenge the tendency of video games to create mom’s-basement-dwellers of otherwise healthy kids. With terminologies such as “Nature Deficit Disorder” picking up speed among diagnosing professionals, a team at Niantec (who created the app) sought to harness the Poke-craze into a game that gets folks up and moving. Pokemon characters are planted in abundance throughout public places, overlaid into the real-world environment, and players must actually walk outside in order to catch them.

For some parents, the Pokemon Go app was a dream come true, as kids of all ages headed outdoors to pursue Pikachu. Calories have been burned, sunshine has been absorbed, fresh air has been inhaled, but the game has come with a whole new set of legal issues for parents to consider. News stories and urban legends have arisen in response to the craze, most telling stories of players walking off cliffs or being hit by automobiles while striving to operate in the real world while focused on their phones.

Parents and children will benefit from strategic conversations regarding use of the app.

The best advice? Go with your young players. Observe them playing and talk about habits they can adopt to remain safe and respectful of others. Consider downloading and playing it yourself, if you’re able, and model positive behaviors as you do. Good luck with that Pikachu.