12 years ago by Johns, Flaherty & Collins 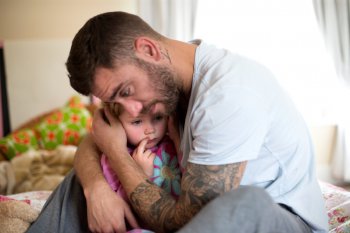 Moving out of state does not relieve a parent of making his or her child support payments. “The payer has an obligation to keep paying,” said attorney Maureen Kinney.

In Wisconsin, employers collect 98 percent of child support payments from employees’ wages, sending the money directly to the Wisconsin Support Collections Trust Fund. Payments are then transferred electronically each month to the custodial parent’s account or debit card.

The trust fund, designed to ensure noncustodial parents pay their court-ordered support, was created as a part of the national welfare reform law in the Clinton Administration.

States that receive federal money for programs like food stamps were required to adopt the Uniform Reciprocal Enforcement Of Support Act, which requires states to enforce each other’s court orders.

"When the payer changes employment, the old employer stops withholding money,” she said. “It is the payer’s responsibility to notify a new employer and to begin withholding even when moving out of state. If the new employer does not know about the wage assignment, he or she will not know to send the money to the fund. But that doesn’t mean the paying parent no longer owes it.”

The local child support agency pursues collection from parents delinquent on their child support obligations whether in Wisconsin or another state. The states are supposed to cooperate and most do so, knowing that they will have the same need to track down money from parents who have moved elsewhere.

Some states are more cooperative than others in working with another state. But in even the most helpful state, “It takes time to get that money from parents in other states,” Kinney said.

Interest is charged for delinquent payments at 1 percent a month or 12 percent a year. “Still, accumulating interest charges don’t help the kids,” she said.

For more information on collecting child support in Wisconsin, contact Maureen Kinney at 608-784-5678.