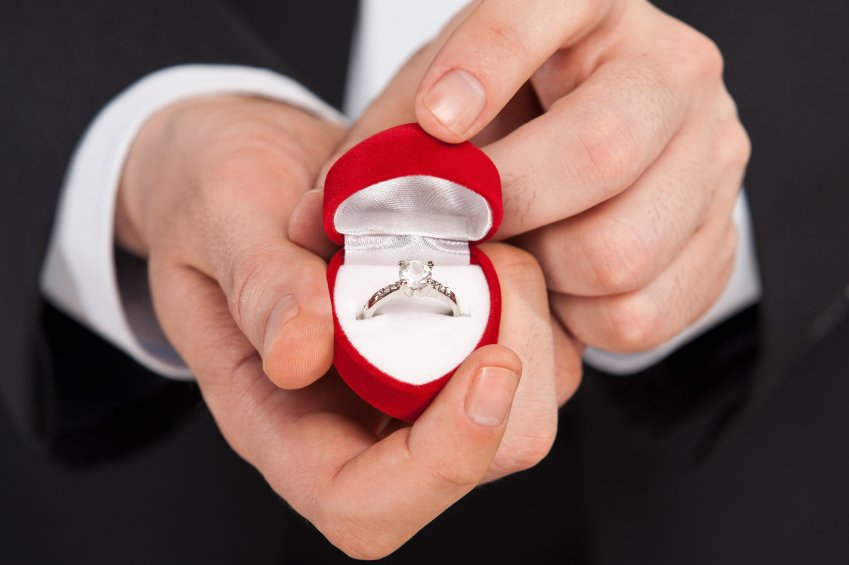 Some may contend that a marriage proposal and acceptance represent an oral contract to begin with. After all, the agreement contains the basic elements of a contract: (1) an offer, (2) acceptance, and (3) consideration.  In fact, before the 1970s you could sue the person that got cold feet and backed out of the wedding for a breach of the promise to marry.  That cause of action was abolished in Wisconsin, Minnesota and other states.

Now, legally speaking, a broken engagement isn’t really any different than cancelling a babysitting gig or a dental appointment.

Where it does get interesting, however, is when it’s time to pay for the ring and the pending nuptials.

Let’s start with the engagement ring. In most cases, an engagement ring is given as conditional gift — on the assumption (or condition) that a marriage will follow. If those plans change, case law says you must give back the ring.

There are exceptions, however. In one instance, an engaged couple broke up. The recipient of the ring offered it back to her former fiancé who declined to accept. After a few attempts to return the ring, the woman sold it, at which time the fiancé said he wanted it back. By declining the woman’s prior attempts to return the ring, the former fiancé demonstrated it was not a conditional gift, and the court ruled in favor of the woman.

During the engagement, there’s also the matter of deposits and the cost of dresses, tuxedos, flowers and other wedding expenses. If the couple and their families are making agreements about who will cover which expenses, it will work much like the so-called oral contract that marks the engagement. It won’t mean much unless it’s in writing.

Any agreement or promise made upon consideration of marriage, except mutual promises to marry, must be in writing or it is considered void.  And it will likely be who signed on the contract for the flowers, the photographer, the caterer, etc., that will be sued if the wedding does not take place and the vendor has a loss.  So consider how those contracts with vendors are made and spread the obligations if that is your informal agreement.

All these legal details can really zap the romance from the occasion. But few things are less romantic than a lawsuit. Our advice: keep the chocolate handy.

Second marriage: how do we keep our assets separate?

Broken engagement: who keeps the ring?