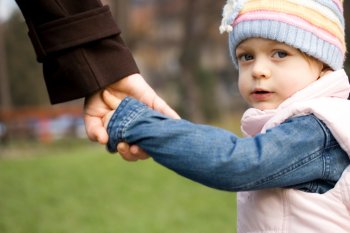 For parents navigating divorce, the question of how the children will be impacted is often a serious concern, and frequently, the most contentious matter between the splitting parties. When parents decide to share the custody of their children, there are differing ways to approach an arrangement, among them, primary, shared or split custody. You may wonder what the difference is between the arrangements since they have similar definitions. Here’s a basic breakdown.

Shared Custody. Shared custody is an arrangement in which the court awards both parents legal and physical custody of their children. That means both parents share in the decision-making and rearing of the children. Both parents will share in decisions about the upbringing, education, health care and religion of the children. In a shared custody arrangement, parents work to raise their children in the same way they would if they were still married. In fact, parents will often work with a mediator to put together a parenting plan. Under that plan, specifics are determined such as how the children will divide their time between parents on weekends, holidays and summers.

With shared custody, parents are required to cooperate on a number of issues, and each parent gets about the same amount of time with their children. To simplify this arrangement, parents will sometimes choose to live near one another and to forgo any child support payments, particularly if both parents earn comparable incomes. Both parents shoulder the costs of caring for the children when they are staying with them. For major expenses, parents will often work together to arrange a way to split costs.

Split Custody. Very different from shared custody, split custody is an agreement that essentially allows the children in a family to be split up, with some of the children living with each parent. The agreement is often reached to minimize the amount of time children spend traveling between their parents’ homes, and also allows the separation of siblings who do not get along. Split custody often allows visitation time with the children for the parent who does not live with them.

Primary Custody. When parents agree on primary custody, one parent is considered the chief custodian of the child and typically has more parenting responsibilities and time with the child. That means the noncustodial parent often is required to pay child support to the parent who has primary custody, as the parent with primary custody shoulders the day-to-day expenses of raising the child.

In these instances, parents most likely will share joint legal custody which provides that both parents shall make decisions about the religious upbringing, health care, education and rearing of their children, and the decision-making is to be shared equally. Even if parents disagree, they must compromise. The amount of time each parent gets to spend with the child is not addressed with this arrangement. Instead, joint legal custody focuses on the legal responsibility of each parent in making parenting decisions for their children.

Of course, child custody laws vary by state. An experienced family or divorce lawyer can help you navigate the often complex particulars of child custody regulations and requirements where you live.

Sonja Davig is a divorce lawyer at Johns, Flaherty & Collins in La Crosse WI. For more information on custody and divorce, contact her at 608-784-5678.