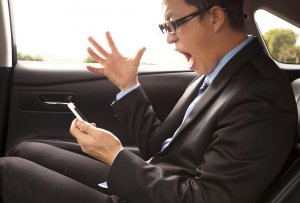 We’ve blogged many times about the legal implications of social media—how it can cost you time with your children, get you in trouble for copyright violation and other issues—but recent and current lawsuits demonstrate the range of social media legal issues is as vast as your imagination. Here are three of the lawsuits we find most bizarre.

An Oklahoma mom of three was sued for criticizing the local school superintendent online. Superintendent George Coffman accused Susan McNair of defamation, along with “intentional interference with contractual and business relationships” and sought $225,000 in damages.

In a classic pitting of first amendment rights against defamation, the suit alleges that McNair claimed Coffman had misappropriated federal funds and engaged in other “illegal acts” in an effort to have him terminated. A key issue was whether Coffman rose to the status of a public figure.

The case never went to court, however. Coffman dropped the lawsuit after his contract was renewed.

Just two words led to this lawsuit. When jokingly asked online if he was making out with a 28-year-old teacher, 17-year-old Reid Sagehorn, captain of the football team and member of the National Honor Society, responded (also online), “Actually, yeah.”

Sagehorn was suspended for seven weeks for “damaging a teacher’s reputation,” with the local police chief, Jeff Beahen, saying Sagehorn could face felony charges. Sagehorn subsequently withdrew from the school and graduated elsewhere.

Sagehorn’s family now is suing, charging that Reid’s reputation was permanently damaged and his First and 15th Amendment rights were violated.

Elections can certainly put candidates on edge, but one Virginia sheriff running for reelection fired six employees after they “liked” a competitor’s Facebook page.

The employees filed a lawsuit against the sheriff but a judge dismissed it, saying a like doesn’t merit constitutional protection under the First Amendment.

An appellate court reversed the decision about a year-and-a-half ago, writing “To consider whether this conduct amounted to speech, we first must understand, as a factual matter, what it means to ‘like’ a Facebook page.”

Facebook posts can cost you time with your child