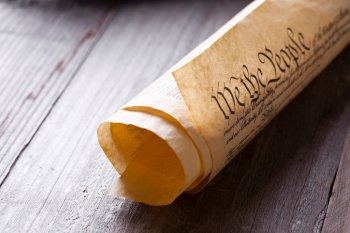 You may have heard some buzz about the First Amendment Defense Act (FADA), particularly in light of the shifting U.S. political landscape. Some analysts believe that under the Trump administration, this bill could gain traction, particularly under the GOP-led Congress. Let’s demystify what this bill aims to accomplish.

The First Amendment Defense Act, which was introduced to the U.S. House and Senate in 2015, is intended to prevent the federal government from taking any action against any business or person who acts in alignment with their religious or moral belief that marriage is the union between a man and a woman, and sexual relations are reserved for that definition of marriage. The 114th Congress did not vote on the measure, and it has not yet been introduced to the 115th Congress.

Other versions of FADA have been introduced at the state level. In particular, a version introduced last year in Georgia was aimed at protecting government employees who did not want to issue marriage licenses to same sex couples for religious or moral reasons, among other things. You may remember the Kentucky county clerk, Kim Davis, who garnered national attention after refusing to issue a marriage license to a same sex couple; the bill was aimed at protecting her right, and the rights of others, to refuse to fulfill such requests. The Georgia governor vetoed the bill in March 2016. Similar, and even stronger legislation, has gone under consideration elsewhere, including Mississippi.

Opponents of the legislation say FADA is unconstitutional, favors some religious beliefs over others, and could allow discrimination against lesbian, gay, bisexual, transgender and questioning (LGBTQ) individuals and their families. They argue that civil rights protections, including employment practices, fair housing, marriage and spousal benefits, family and medical leave rights and more are at risk under the proposed bill.

Looking ahead, there are indications among Republicans that FADA will come before the Republican-led Congress this year, and it may find greater support this time around. President-elect Donald Trump has said on his website, www.donaldjtrump.com, that if Congress passes FADA, he would sign it into law, “…to protect the beliefs of Americans of all faiths.” If the bill is reintroduced as promised, it is sure to lead to continued heated discussion from both sides of the fence.