Why so many robocalls when you're on the Do-Not-Call List? 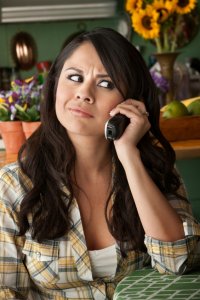 Why are you getting so many robocalls when you're on the Do-Not-Call List?

The answer is technology, according to attorney Peder Arneson. “With autodialers, companies can send out thousands of calls a minute and they don’t bother checking the No-Call List,” he said. “Not all are illegal.”

The state and federal Do-Not-Call Lists, which have now merged, have exceptions. The exceptions include:

“It seems like there are a lot of loopholes, but it is still better to register with the Do-Not-Call List,” Arneson said. “If you are on that list you can file an official complaint either through the federal government, or through the Wisconsin Department of Agriculture, Trade and Consumer Protection.

In addition to registering home and office phones on the Do-Not-Call List, you can also include mobile phones. Texts and voice calls are prohibited for telephones on the list.

To register your phone on the Do-Not-Call List go to https://www.donotcall.gov/register.html. The list is now permanent, rather than requiring you to re-register every two years.

And when those calls come in?  “Hang up right away,” Arneson said. “Don’t push a number to speak with someone about your complaint. You are then more likely to get more calls.”

If you are still having problems despite being on a no-call list, an attorney can help you through the complaint process.