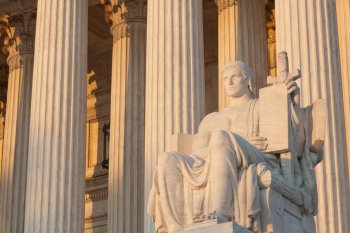 Wisconsin made big news yesterday when the U.S. Supreme Court said it would take up the state’s partisan gerrymandering case, Gill v. Whitford. Many are calling it the most important gerrymandering case to make it to the Supreme Court, with the potential for significant ramifications for state legislatures throughout the country.

But it’s complicated. Though it’s been more than a decade since the high court has looked at partisan gerrymandering, the precedent is muddled. Consequently, in following Supreme Court precedents, lower courts haven’t been clear in how to apply them.

Further complicating matters, there’s a big question about whether gerrymandering claims can even be justiciable—that is, subject to review in a court of law.   Some justices have said the standards are too difficult to analyze and perhaps the problems should be solved through the political process at the ballot box.

Many, however, say the cases should be allowed to be reviewed and should be fact-driven. It’s widely held that one person-one vote is the ideal, even if that’s never truly been achieved because districts have never been perfect. But when that ideal has been manipulated to diminish the value of one’s vote—and there’s evidence of that intent—it is proper to invalidate the partisan gerrymandering as it is a violation of equal rights for those in the minority political party in those districts.

In the Wisconsin case, there was evidence of something called the efficiency gap, that is, the difference in percentage between each party’s “wasted votes.” The difference in percentage was held to be evidence that state assembly districts were drawn to dilute the value of the Democratic votes as compared to the Republican votes.  There was compelling evidence of vote dilution in the 2012 state assembly election results. That year, Republicans won a supermajority of 60 seats in the state assembly (out of 99 total), while at the same time losing the statewide vote.

The analysis is complicated because Supreme Court precedent has held that you not only need to demonstrate intent, you must also demonstrate that the partisan gerrymandering actually affects outcomes in a sustained and pervasive way. Furthermore, there is a question of whether a ruling should be limited to the particular district from which the challenge originated. The justices may say it’s wrong for the lower court to invalidate the entire state’s districts based on a challenge in one district.

Keep in mind, the court just accepted the case for review. Experts expect that it will be argued at the end of this year with a ruling coming early next year. However, because the court issued a stay of the lower court ruling (which had ordered that the Wisconsin districts be redrawn by November of this year), many believe the high court signaled that the standards used by the lower court were improper and guidance is necessary.

By Joseph G. Veenstra, Constitutional Lawyer at Johns, Flaherty & Collins, SC. For a  constitutional lawyer in Wisconsin, call him at 608-784-5678.