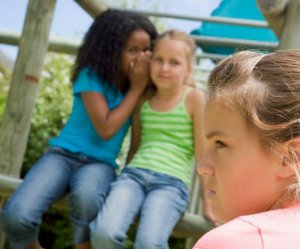 With increasing reports of bullying today, it is natural for parents to worry. Research has shown how bullying can lead to emotional scars, even suicide.

The definition of bullying is deliberate or intentional behavior — words or physical actions — meant to cause fear, intimidation or harm. It may happen at home, school or in the community.

“Wisconsin doesn’t have a specific law against face-to-face bullying, but it does have one prohibiting cyber harassment,” said attorney Cheryl Gill. “It is unlawful under state law to use a computer, the Internet, email or a communication device to frighten, intimidate, abuse or harass another person. That is considered to be cyberbullying.”

“Most districts have a progressive disciplinary policy that begins with an apology, but has other steps up to and including expulsion,” Gill said. They begin with warnings, consultation with parents, in-school and out-of-school suspension and, ultimately, expulsion.

Another legislative attempt to address bullying came last year when a bill was introduced to fine teachers and other school employees $200 for not reporting incidents of bullying. It did not pass, in part because the Wisconsin Association of School Boards felt it would have unintended consequences, such as overidentification of incidents as bullying for fear of fines. It also could lead to districts narrowing the definition of bullying, which might prevent students from getting the help they need.

The policies we have today may not have as much teeth as parents would like because both the victim and the abuser have a right to education.

How can you protect your children when they’ve been bullied at school?

The time to call police or a lawyer is when a student’s action has crossed a line—perhaps into something physical or truly threatening. If you do not receive appropriate action at school, you might then call police or hire a lawyer.

Unfortunately, even putting your child in another school may not end the problem. “You could pull your child out of school and put him in another, but bullying could go on there as well,” Gill said.