Combating myths of maintenance after divorce 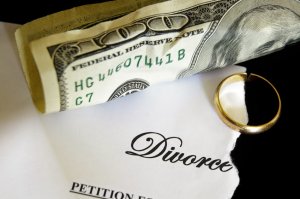 Once upon a time in America, men were the breadwinners and women sacrificed careers to raise the kids. Thus, women often received alimony after a divorce.

Alimony, now called maintenance, is given in as few as 15 percent of divorces. When provided, it may go to either men or women.

When female clients make more money than the men, they struggle believing they may have to pay maintenance,” said attorney Sonja Davig. “Courts are blind when it comes to gender.”

Davig, whose practice at Johns, Flaherty & Collins emphasizes family law, noted child support is for expenses of minor children and maintenance is given to spouses. Family support is a hybrid of money for the kids and spouse.

In determining maintenance, courts consider the marriage’s length, one partner’s support for the other’s career, a career sacrifice for raising kids, and the age, physical health, earning capacity, and education of both parties.

“There is no black and white in awarding maintenance,” Davig said. “Courts have a number of factors to look at, not just income or the length of the marriage.”

The party who may not have worked outside the home during the marriage may be expected to have a wage-paying job after the divorce.  “That person may think he or she doesn’t have to earn a paycheck, but courts can still look at earning potential in the partner, especially if he or she had a bachelor’s degree or other work experience before the marriage,” she said.

Another factor relates to the permanence of maintenance. It may be given as a monthly payment for a set number of years or paid out as a lump sum or buyout.

A decree is rarely changed once enacted. “Just having a wealthy boyfriend or girlfriend doesn’t make maintenance go away,” she said. “A marriage or death does.”