Five Things You Can't Do During Divorce 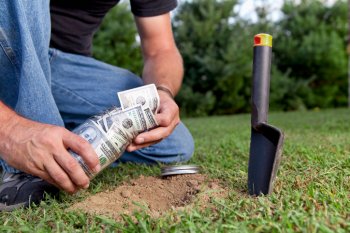 The divorce process is an emotional gauntlet that can be tough to navigate. After all, nobody walks down the aisle expecting their marriage to someday end. If you do find yourself at the end of your marriage, avoid further friction by considering the following “don’ts” during your divorce.

Don't try to bury money. Once the divorce procedure has begun, leave all your assets where they are. Attempting to shift or hide funds or cash in retirement accounts or selling property could get you in legal trouble. You could be held in contempt of court if it looks like you’re trying to pull a fast one and tuck something away for later. This can put you back in court and draw out the divorce process.

Don't do things out of spite. Divorce usually involves strong emotions: betrayal, hurt, anger. The revenge factor is tempting, especially when you’re wondering how your spouse’s new truck would look with some choice words scratched into the shiny paint. But keep in mind that the image you want to present to the judge in any legal case is that of a rational adult. Leave the revenge to your fantasies.

Don’t date. One of the worst choices you can make during an already volatile situation is to bring another partner into it. Dating before the divorce is final can put you at risk of being accused of cheating on your spouse, which is a definite loss of leverage as you figure out the intricacies of issues such as child custody. Put away the little black book until you are officially divorced.

Don't fight over things you don't care about. Remember the story about the couple who spent court time counting and dividing their beanie baby collection? Before you make a big deal over getting something just for the sake of getting it, ask yourself how important it is to you. Focus on the central issues and remain level-headed when it comes to the small stuff. At the same time…

Don’t be passive. Sometimes, the idea of getting it over with is so much more attractive than the thought of negotiating to get what you deserve. Keep in mind that you have invested time and energy to build whatever you have with this other person; it will take some time to dismantle it as well. Work with a good attorney to advocate for yourself and your own future.

Even in the most amicable of splits, emotions can run high. Throughout the process, keep your head on straight, and remember: don’t give up what you want most for something you want right now.

Article by Tony Gingrasso, La Crosse Family Lawyer at Johns, Flaherty & Collins, SC. For a divorce lawyer in La Crosse, contact him at 608-784-5678.