Four things you need to know about cohabitation contracts 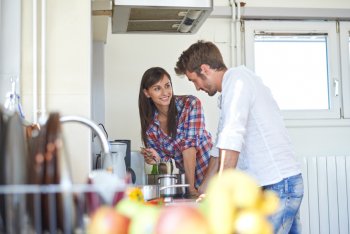 More than ever, couples are choosing cohabitation over marriage. Many researchers say fear of divorce is driving that decision—that couples today want to avoid the psychological and emotional difficulty as well as the legal hassles and financial issues that come with divorce.

What they often don’t realize, however, is that just living together for an extended period of time has the potential to bring many of the same financial and legal issues as marriage and divorce. If you and your partner are living together and want to maintain the simplicity you sought in the first place, you may want to consider a cohabitation contract.

Cohabitation contracts are appropriate for couples in long-term relationships who plan to be together for the foreseeable future. If you are or will be comingling assets or sharing expenses (think mortgage or rent, utilities, food and house supplies, entertainment or travel expenses), an agreement is a good idea. And if one party makes more and/or pays more than the other, then it’s a doubly good idea.

#1 What to include. Cohabitation contracts establish expectations for the relationship and cover what happens to assets and liabilities in case of a breakup. Be sure to include the following:

Along with the cohabitation contract, couples may also wish to create healthcare powers of attorney to allow each to make decisions about the other’s health care in case of incapacity.

Couples who live together and have children together will also want to address who will take care of expenses for the children. And if the couple separates, how will placement, custody, insurance, tax exemptions and other parenting matters be handled?

#2 Get it in writing. While verbal contracts are valid, you could easily end up in a he-said she-said situation if you don’t put your agreement in writing. In that case, courts will look at your course of conduct during the period you lived together to determine a way to support what each party is saying. There’s a lot to consider in a cohabitation contract, so make it easy on yourselves and put it in writing.

Also, be sure to have a witness when you sign it, and have the witness sign it as well. You may also want to consider getting it notarized to confirm that the people who signed it are the people who entered into the agreement.

#3 Disclose your finances. Before moving in, disclose your income, assets and liabilities to one another and attach it to the agreement itself. Financial disclosures will give your agreement more validity, especially if it’s ever challenged in court.

#4 Make it fair. In many ways, cohabitation agreements are like prenups. And, like a prenup, if your agreement ends up in court, the judge will consider whether the agreement was fair and entered into honestly and without undue influence or outside pressure.

Bottom line: Don’t let them scare you. Cohabitation agreements can be simple and straightforward. You don’t need a lot of legal jargon to make them official. But if you have a lot of assets, children or other complicating factors, it’s wise to consult an attorney, at least to review the agreement and advise you.

Article by Tony Gingrasso, Family and Divorce Lawyer in La Crosse WI. For a La Crosse divorce lawyer, contact him at 608-784-5678.

The benefits of a parenting agreement