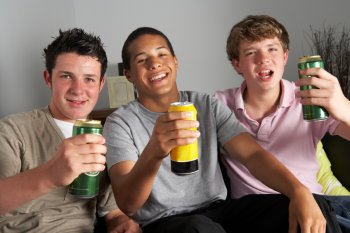 We’re planning a special graduation party for our son and some of his best buddies. We’re hosting it at home and want them to enjoy themselves. As long as we’re supervising, is there any problem with serving a little beer?

You may have seen these yard signs that pop up as proms and graduations near: “Parents Who Host, Lose the Most: Don't be a party to teenage drinking.” It’s part of a campaign by the Changing the Culture of Risky Drinking Behavior Coalition.

While it is legal to give your own child a beer at home—or even in a bar if the bartender does not object—it is not legal to provide alcohol to any other underage person.

“It is illegal,” said attorney Joe Veenstra. “There are county and local ordinances against what is called ‘social hosting.’”

A parent or another adult could be fined hundreds, if not thousands, of dollars for repeat offenses for hosting a party where underage people drink alcohol. To be a “host” is to “aid, conduct, entertain, organize, supervise, control or permit” such a gathering in which alcohol is consumed by the underaged.

“The adult is accountable regardless of whether the adult supplies the alcohol personally,” Veenstra said. “By being there, you are assumed to know about it.”

You could be cited as a result of a police call about excessive noise from an unhappy neighbor, an angry parent of a guest or a photo posted on Facebook that shows drinking at your house by young party-goers.

Beyond the law there are other issues—medical emergencies related to drinking and accidents that sadly occur as a result of such parties, especially around prom and graduation.

Veenstra, who is completing a term on the La Crosse County Board said, “I voted in favor of the county ordinance. There is a sense that local governments need to discourage risky drinking behavior by young folks. When they binge drink, young people make poor decisions and get in trouble as a result. The need to discourage risky behavior is particularly true since the alcoholic beverage industry targets young people with alco-pops and hard liquors flavored to taste like bubble gum and cake.”

Information provided by Joe Veenstra, La Crosse Lawyer at Johns, Flaherty & Collins. If you have a legal dilemma, call him at 608-784-5678.

Prom, graduation and alcohol: what's a parent to do?