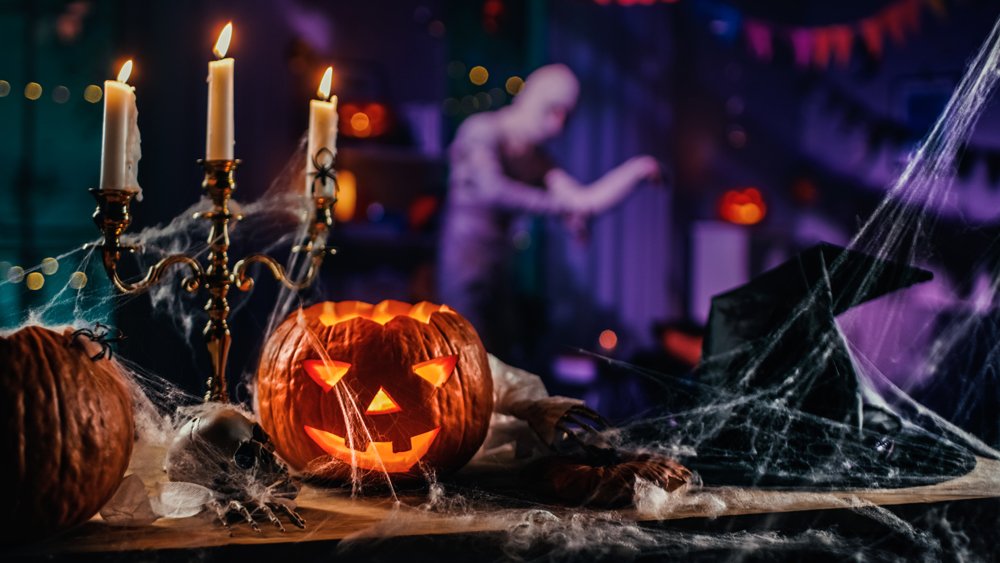 It's no trick: these laws might spook or make you cackle

For many, nothing is scarier than being on the wrong side of the law. But when it comes to Halloween, some regulations on the books are a real treat, or terror if you're caught unaware. So, like that monster under the bed or the boogeyman in the closet, knowledge is power, and in this case, can save you from getting a scary criminal record.

Strange Halloween laws you should know about

From costumes, to masks, to trick-or-treat tort, there's no shortage of laws addressing all things Halloween. We've scoured the darkest, dustiest corners of the law to exhume these potentially terrifying and often cackle-worthy Halloween laws from around the world.

Clowns may seem innocuous...to those of us who haven't seen "It." But one town in France wants none of your clowning around. That's right. In Vendargues, they have outlawed clown costumes for the Halloween holiday and throughout November. If you're under the age of 13 or have obtained special permission to dress as a clown for a festival or fair, you might get the thumbs up. Maybe this isn’t such a big loss, as clowns were getting a little too scary for Halloween anyways.

It's Halloween's very own "Bah, Humbug." And this time, it's California giving the side-eye to anyone in costume. Private establishments and stores can kick your costumed-corpse right out of their business, any day, any time, even on Halloween. Spooky!

Running through the streets like spooks in the night might sound like a great idea, but after curfew in Bathurst, New Brunswick, Canada, you could get a frightening $200 fine in Canadian currency if you're wearing a facial disguise. Local lawmakers are expected to loosen the existing restrictions somewhat in the near future, allowing a little more leeway in the existing law on the books. But if you're going haunting in Bathurst, be sure to check the current version of the law.

In Virginia, kids over 12 may have a sweet tooth, but they're out of luck when it comes to trick or treating...and the consequences are anything but a treat. It's a Class 4 misdemeanor in Newport News, and may cost up to $250 in fines. Best to stick with the local haunted house, maybe.

Authorities in Hollywood, California aren't laughing when it comes to so-called Silly String. There, it's illegal to sell, distribute, possess or use Silly String in public from Halloween through noon on November 1. Fines are truly terrifying, topping a thousand bucks. That’s money better spent on candy.

There may be cities that regulate Halloween festivities in the states, but in one country Halloween itself is outlawed. If you're a Halloween lover, you may want to skip that October trip to the Country of Jordan, where it is actually illegal to celebrate Halloween.

No clergy costumes or fake mustaches in church

In Alabama, you could be fined $500 and sent to the slammer if you dress up like a nun, priest, minister or other member of the clergy--any time of the year, including Halloween. And don't even think of wearing a mustache to church on Halloween, fake facial hair is a no-no. That’s too bad, as we’re sure your Burt Reynolds outfit would have been awesome.

There's no shortage of cackle-worthy and spooky Halloween laws around the world. So it's good to have an idea of what laws might come back to haunt you. Pack that fake mustache away if you're heading to church in Alabama this October, and your Halloween is sure to be a bit sweeter.