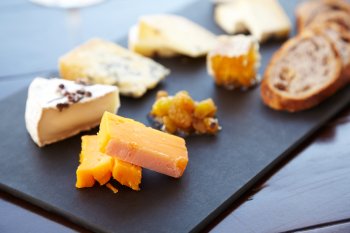 You probably fancy yourself a law-abiding citizen: you pay your taxes, shovel your sidewalks and abide by parking regulations. But in Wisconsin, there are several laws still on the books that you may be breaking without knowing it. Here's just a sampling of some weird Wisconsin laws.

In La Crosse, it may be illegal to worry a squirrel. If you've ever taunted or chased a squirrel in La Crosse, you may be a scofflaw. This ‘law’ commonly reported on the Internet and can be found on numerous lists of strange laws, but it's difficult to find the original source, which frankly, may be so dusty and outdated that it never made it to the Internet. Perhaps it's best just to play it safe and avoid stressing the squirrels so you aren't charged with this heinous crime.

Why did the chicken cross the road? Because it had the right of way! According to Wisconsin statute 346.21, you must yield to any livestock crossing roads or highways. Really, it's common sense; there are easier ways to bring home the bacon.

Cheese from Wisconsin must be “highly pleasing and free from undesirable flavors and odors.” Yes, it sounds cheesy, but it's true. So if you're hard-pressed to remember a Wisconsin cheese you didn't like, you have this law to thank for the highly-pleasing experience of sniffing and scarfing our cheese.

The law demands that chicks stay natural. In fact, it is illegal to sell chicks, ducks or rabbits with a dye job. For now, you should probably stick to coloring eggs (which are not protected under this law), or your own hair.

So as you enjoy a margarine and pleasing cheese sandwich, go ahead and mock a squirrel, or suggest the bunnies schedule an appointment with your colorist. Chances are pretty good the law has more pressing matters to worry about.