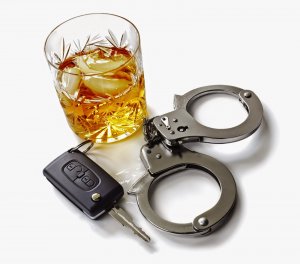 Tis the season to be merry! While we highly, highly recommend you have at least one less-merry designated driver with you when celebrating with libations, we also know we get the same question a lot this time of year. “If a police officer asks me if I’ve been drinking, do I have to answer?”

The law says no — you don’t have to answer. Lawyers will probably advise you to say, “I don’t have to answer that.” That response naturally will cause a police officer to think you have, but that officer will need to have some other basis (e.g., you were weaving in and out of traffic or you ran a stop sign) to proceed with a field sobriety test (FST) or breathalyzer.

If the officer has probable cause (an adequate reason to investigate further) and wants to conduct an FST or breathalyzer, you can refuse that, too, but we don’t recommend it. Your refusal can result in greater penalties, including a refusal ticket. The officer also then can take you to the hospital for a blood draw to determine what substances (and how much of them) are in your system.

Just know that if you get stopped for suspicion of operating while intoxicated (OWI), unless you really are below the legal limit, the officer will figure it out.

Oftentimes, drivers will respond with something like, “I just had one beer.” Most lawyers maintain it’s best to say nothing. The police may find no evidence of an OWI, but if you’ve admitted to drinking, that can be used against you.

Still — and we can’t emphasize this enough — if you have been drinking, do not drive. Worse than the legal consequences are the life consequences. You very well could maim or kill someone else or yourself.

So instead of asking “Do I have to answer?” we encourage asking a different question. “Can you call a cab for me?”