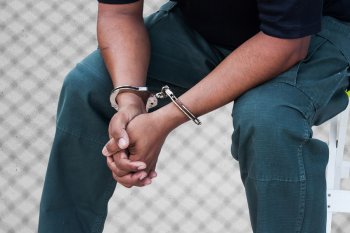 If you or a loved one is convicted of a crime, you probably want to get beyond that mistake quickly. Is there any way to remove the charges from your record?

“Wisconsin and Minnesota have very separate systems for expungement,” said Attorney Cheryl Gill. “In Wisconsin, you can only get expungement if you request it at the time of sentencing and you are under age 25.”

“Expungement was originally designed for drug offenses,” Gill said. “Now more offenses can be expunged unless they are very serious or sexual criminal offenses.”

In Minnesota, expungement is not limited by age and a request to seal records may be requested at any time, even years after the sentencing.

Through expungement, a judge orders records sealed related to arrest, conviction and sentence, assuming the sentence and other conditions like probation are met, there are no subsequent crimes and you are not a risk to society.

A few exceptions are possible in Wisconsin if you can prove you performed the offense while a victim yourself, such as being brought illegally to this country for sex trafficking.

Among the most important reasons to seek expungement is employment. In Wisconsin, according to Gill, employers cannot make hiring decisions based on criminal records unless the crime “substantially relates” to the work. A bank has the right to not hire someone if he or she was convicted of stealing. “If you are convicted of disorderly conduct, it wouldn’t substantially relate to a job as a cashier.”

Governors and presidents may issue pardons, which are forgiveness for crimes. Such decisions can be controversial or have political implications.

Even if your record is expunged, the files will still exist even if sealed. Police still have access to them but your prior record is not open to the public without a court order and “can’t be used as a weapon against you in court.”

Five tips for choosing a lawyer