8 years ago by Brian Weber, Attorney in Holmen WI 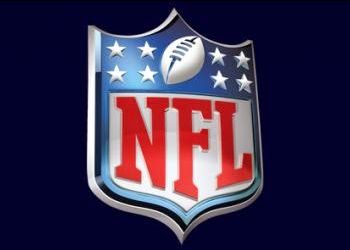 Excitement is building for the 2015 NFL Super Bowl, and it’s a sure thing many of us will be watching on Feb. 1.

Some of what we’ll be watching is the result of past and current legal battles. Here are our top four picks for lawsuits that changed professional football as we know it.

#1 Radovich v. NFL—This is a case from the 1950s in which the U.S. Supreme Court ruled that professional football, unlike professional baseball, was subject to antitrust laws. That meant the court viewed the National Football League not as one entity but all individual teams as entities of their own, thereby increasing the collective bargaining power of the NFL players.  Players have worked over time to gain stronger negotiating positions, and the ruling still affects the movement of players and teams within the NFL.

#2 USFL v. NFL—This is a case that actually stemmed from theRadovich ruling, which opened a hole for competing football leagues to form, one of which was the United States Football League. Here, the USFL accused the NFL of antitrust activity, and the court ruled the NFL had engaged in behavior to eliminate the smaller USFL. The jury, however, only awarded the USFL $1 in damages. It became the last league to effectively challenge the NFL.

#3 American Needle v. NFL—In this case, American Needle also accused the NFL of antitrust violations. American Needle, a small apparel company, had a contract with the NFL for years prior to 2001 when the NFL entered a ten-year exclusive contract with Reebok. Again the question was whether the NFL was one entity or a collection of 32 separate team entities. The U.S. Supreme Court ruled unanimously that the league must be considered 32 separate teams rather than one entity and it therefore was potentially liable under the Sherman Antitrust Act. This ruling has the potential to stir up more labor issues.

#4 NFL Concussion Litigation—These lawsuits most affect what we see on the football field today. It began when a Philadelphia law firm representing Ray Easterling, Jim McMahon and five other players filed suit against the NFL, saying the league was aware of the evidence and risks associated with repetitive traumatic brain injuries but deliberately concealed the information. Since then thousands of former NFL players have filed additional lawsuits, and several rules have changed. That’s why you rarely see hits to the head and three-man wedges on kickoffs anymore, and when you do, the players face big penalties.

Q&A: Do I need a license for a simple raffle in Wisconsin?