NBA Finals: Two legal moves that changed the sport & made some people rich

8 years ago by Brian Weber, Attorney in La Crosse WI 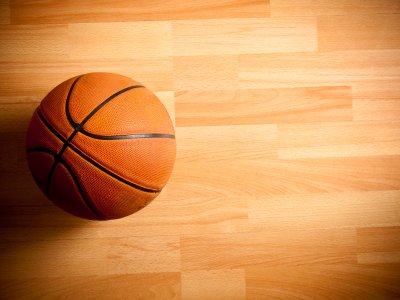 With the NBA Final just days away, basketball fans throughout the country are anxiously awaiting the match-up between the Cavaliers and the Warriors. To feed your basketball hunger in the meantime, we offer you two legal stories behind the NBA—one that made some older people very rich and another that’s earning some kids right out of high school more in one year than some of us will ever accrue in a lifetime.

St. Louis Spirits and the NBA

If you think basketball player contracts are big money, they’re nothing compared to the deal Ozzie and Daniel Silna have with the National Basketball Association.

The deal resulted from the merger of the NBA and American Basketball Association. Between the time talks began in 1970 to the time the merger occurred in 1976, the number of ABA teams had shrunk from 11 teams to six. The NBA agreed to accept only four teams into its league. One of the six (the Kentucky Colonels) negotiated a $3.3 million buyout from the other ABA teams. Another, the winning St. Louis Spirits, held out for more money.

To narrow the ABA merger teams to four, the owners of the Denver Nuggets, Indiana Pacers, New York Nets and San Antonio Spurs negotiated a deal with the Silna brothers who owned the Spirits. The deal included $2.2 million cash up front for Silnas to dissolve the Spirits and an additional one-seventh share of their broadcast revenues “for as long as the NBA or its successors continues in its existence.”

That one-seventh share has grown from about a half-million the first year to about $20 million two years ago. Estimates suggest the Silnas have earned around $300 million through the years. Naturally, the NBA and former ABA teams had worked toward a buyout for years. They finally reached a deal in 2014 that includes a reported $500 million cash payout for the shrewd brothers.

In the 1960s, the NBA had a rule dictating that players could not be drafted by an NBA team for at least four years after graduating high school, allowing time for college and in most cases playing at the college level.

Spencer Haywood had played college basketball for just two seasons when he joined the ABA’s Denver Rockets and became the leading scorer in the league for the 1969-1970 season. The next season, he then went to the NBA’s Seattle Supersonics for a six-year $1.5 million contract—despite the NBA’s rule about players waiting four years after high school.

Haywood filed an antitrust action against the NBA, claiming that the NBA draft policy restrained trade and, therefore, violated the Sherman Antitrust Act. The district court where the case was filed quickly issued an injunction in Haywood’s favor. The NBA then won an appeal to the Ninth Circuit Court of Appeals. But it didn’t stop there. Ultimately Haywood appealed to the Supreme Court which upheld the district court’s ruling. Haywood and the NBA then reached an out-of-court settlement that allowed Haywood to continue in the NBA.

The decision paved the way for a number of high school graduates and college students to play in the NBA before the four-year wait period. LeBron James, Kobe Bryant and Moses Malone are just a few of the NBA greats who can thank Haywood for their early starts.