6 years ago by Brian Weber, Class-Action Lawyer in La Crosse 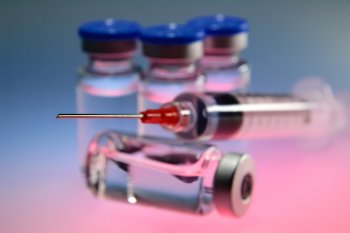 Multiple pharmaceutical companies are battling allegations of price fixing related to insulin drug pricing in a lawsuit that is also shining the light on the practices of Pharmacy Benefit Managers (PBMs).

A lawsuit filed in January in Massachusetts alleges that the three major manufacturers of insulin are engaging in price fixing for profit and are sharing revenues with PBMs through rebates. The three primary insulin-producing pharmaceutical companies named in the lawsuit allegedly raised prices of their products in tandem.

For patients with diabetes, insulin is a necessary drug for survival. Synthetic insulin was produced in the 1960s, and since that time, not much has changed about the drug. Although the pharmaceutical companies have incurred little or no expenses related to research and development of the drug, a study shows the cost of insulin tripled in price from 2002 to 2013, and the drug price has risen more than 150 percent over the past five years. For some patients with diabetes, that means paying $900 per month out of pocket for their life-saving medication.

As millions of people in the U.S. suffer from diabetes, the implications are far-reaching. The lawsuit against the pharmaceutical companies details the fallout experienced by patients unable to afford the cost increases, saying some starve themselves to keep blood sugar levels low and some intentionally allow their insulin to drop to levels so dangerous they are taken to the emergency room where they receive free samples of the drug.

Three of the country’s leading PBMs: CVS Health Corp., Express Scripts Holding Co. and UnitedHealth Group Inc’s OptumRx were all named in a New Jersey federal court filing in March that accuses them of participating with the same insulin manufacturers in the price-fixing scheme. The three companies manage benefits for approximately 180 million people.

The lawsuits are bringing into focus the practices of PBMs, who benefit from a rebate system currently in place. Under the system, PBMs negotiate rebates on behalf of health insurance companies. The larger the rebate that is negotiated, the better placement the product gets on the formularies which PBMs develop to determine which drugs will be covered by an insurer.

In addition, PBMs get to keep a cut of the rebate. The prices PBMs and drug companies negotiate are kept secret, and some allege the system encourages manufacturers to raise prices to sweeten the spread between the benchmark prices and the price PBMs negotiate. The outcome, some allege, is that drug companies are incentivized to raise prices, while patients pay more out of pocket. Further, the public is kept in the dark on the secret pricing that is negotiated by PBMs, as companies protect that pricing as trade secrets.

Legal Dilemma: Should I Respond to Class-Action Notice?

Think you understand small claims court? Take our quiz and find out.