Respect the rodents and defer to the dairy: scary laws in Wisconsin and beyond 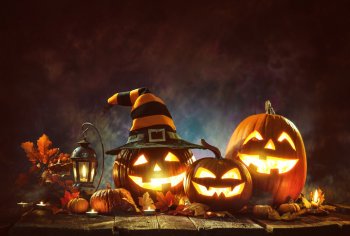 Laws are written to protect the fundamental rights of citizens, and most laws aren’t scary unless you break them. Sometimes, however, local ordinances can get pretty specific…and a little weird.

Most of the scary laws listed in a simple internet search are unsubstantiated or based on stretching the truth a bit. Some basement blogs insist that in some parts of the state of Wisconsin, it’s illegal to fire a gun while in the act of pleasuring a woman, or that serving apple pie without a slice of cheddar is arrest-worthy. These claims are a stretch, to say the least.

The scariest laws are cringe-worthy because one can only guess why they were written in the first place. For instance, Wisconsin Statutes Section 146.085 prohibits charging a fee to allow use of a toilet in a place of business. Statute 146.22 mandates that urinals must be flushable. The “stick a cattle trough in the back room and call it a potty” trick must have gotten old at some point.

While we’re on the topic of bodily functions, rest assured that it’s illegal to spit on the floor of a train. This stems from the days when chewing tobacco was more common, and the grossness that must have ensued during train travel (shudder) triggered a spitting ordinance. The law, however, came down on the heads of railroad officials, who could be fined for not providing adequate spittoons for train patrons.

Speaking of railroad officials, watch your words while traveling by train. According to Wisconsin Statute 192.17, a train conductor can arrest a traveler for “profane or indecent language.” Urban legend of the blogosphere also has it that you can’t kiss on a train, but that rumor remains unsubstantiated.

We do, however, take our dairy products seriously. Cheese is mentioned around 70 times in Wisconsin legislative documents. The short of it is this: if it’s made in Wisconsin, it had better be good. Butter is no exception. In fact, margarine was actually outlawed in Wisconsin for a time. Margarine bootleggers smuggled the slippery stuff across state borders. While the ban has softened, margarine is still required to identify itself in large font, and restaurants aren’t allowed to serve it unless it’s specifically requested.

Another real law that impacts Wisconsin as winter approaches: Federal law (18 U.S.C. Section 2074) prohibits impersonating an official forecaster and publishing “counterfeit weather reports.” The offender can earn up to 90 days in jail. This one isn’t scary, but winter weather can be scary enough without fake weather news, so it merits mentioning.

Some truly scary local laws do exist throughout our great nation. Deadwood, South Dakota, forbids its citizens to “engage in psychic powers, spirits, seership, palmistry, necromancy, science cards, charms, potions, magnetism, or Oriental mysteries” (5.52.010). Rhode Island will slap you with up to 20 years in prison if you intentionally cut or bite off the limb or member of another human being. If you do it accidentally? Less of a deal (Section 11-29-1). Again, what must have happened to necessitate these specific regulations?

La Crosse, Wisconsin, laws are a little more tame: don’t harass the squirrels. City ordinance 381 states that, "No person shall within the city of La Crosse molest, injure or in any manner interfere with any squirrel of any kind.” If you have ever met the squirrels on local college campuses, you know that they are well aware of the ordinance and feeling pretty entitled.

What NOT to Wear to Court